At Concrete Elementary we challenge students to reach their full potential by focusing on increased student achievement and maintaining high standards in academics and citizenship. 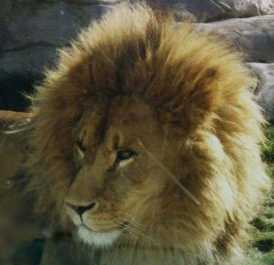 Concrete School District will not be providing meals during summer break but here are some options available for the community:

To help the committee and District consider the path forward we would like to hear your voice. This survey is designed to help us create a plan that will work for the parents, children, and instructional staff. We appreciate you taking the time to share!

Dear Concrete School District families.  If you have not yet returned your school issued Chromebook yet please make sure you do so soon as to not be charged the $200 lost device fee.  We use the summer as a time to check Chromebooks in case they need repair and to clean them.  For grades K-6 please return them to the Elementary Office.  For grades 7-12 please return them to the District Office.

The Concrete School District does not discriminate on the basis of sex, race, creed, religion, color, national origin, age, honorably discharged veteran or military status, sexual orientation including gender expression or identity, the presence of any sensory, mental, or physical disability, or the use of a trained dog guide or service animal by a person with a disability in its programs and activities and provides equal access to the Boy Scouts of America and all other designated youth groups listed in Title 36 of the United States Code as a patriotic society. The following employees have been designated to handle questions and complaints of alleged discrimination: Wayne Barrett is the Affirmative Action Officer, Compliance Coordinator, and the Title IX Officer, (360) 853-4000; Linda Joens is the High School 504 Coordinator, (360) 853-4154; Abbey Baeslack is the Elementary 504 Coordinator and the Homeless Liaison, (360) 853-4026; and Leilani Thomas is the Title 1A and Special Education Director, (360) 853-4008. Concrete School District’s address is 45389 Airport Way, Concrete WA 98237.