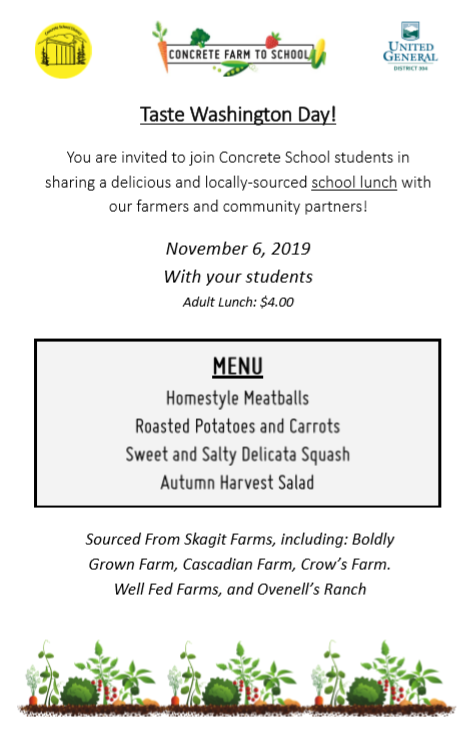 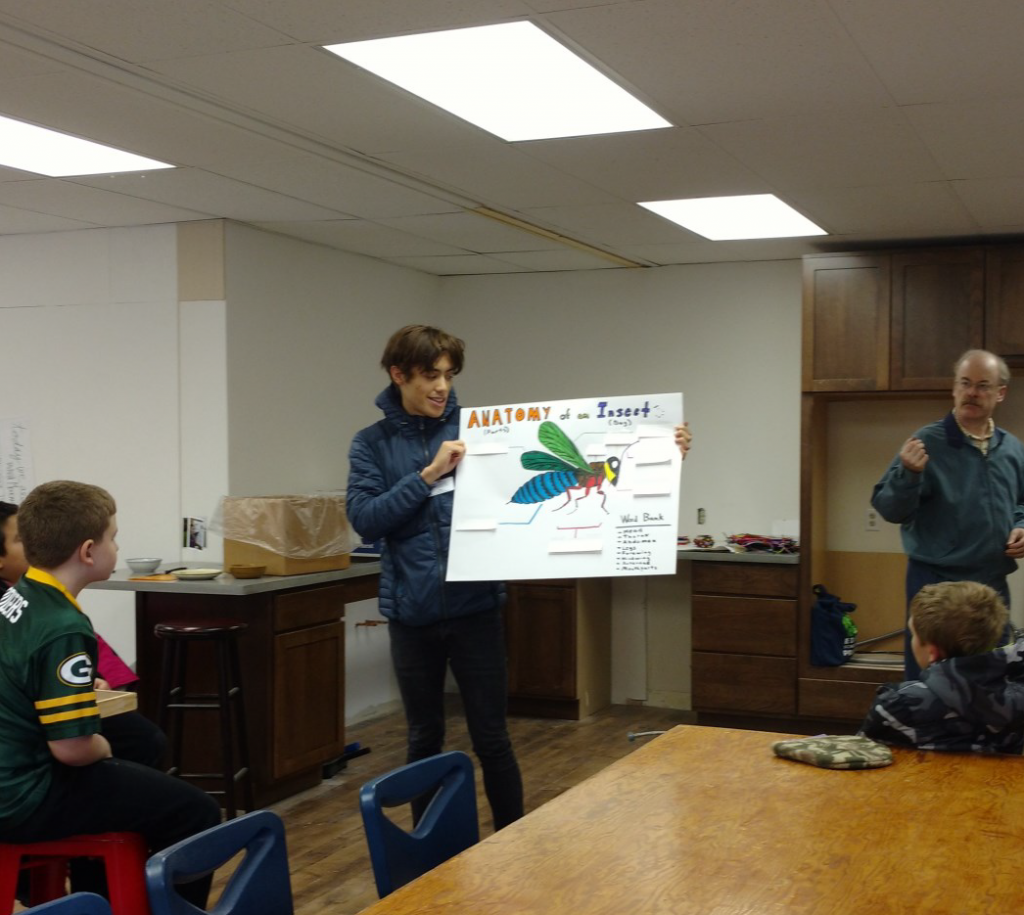 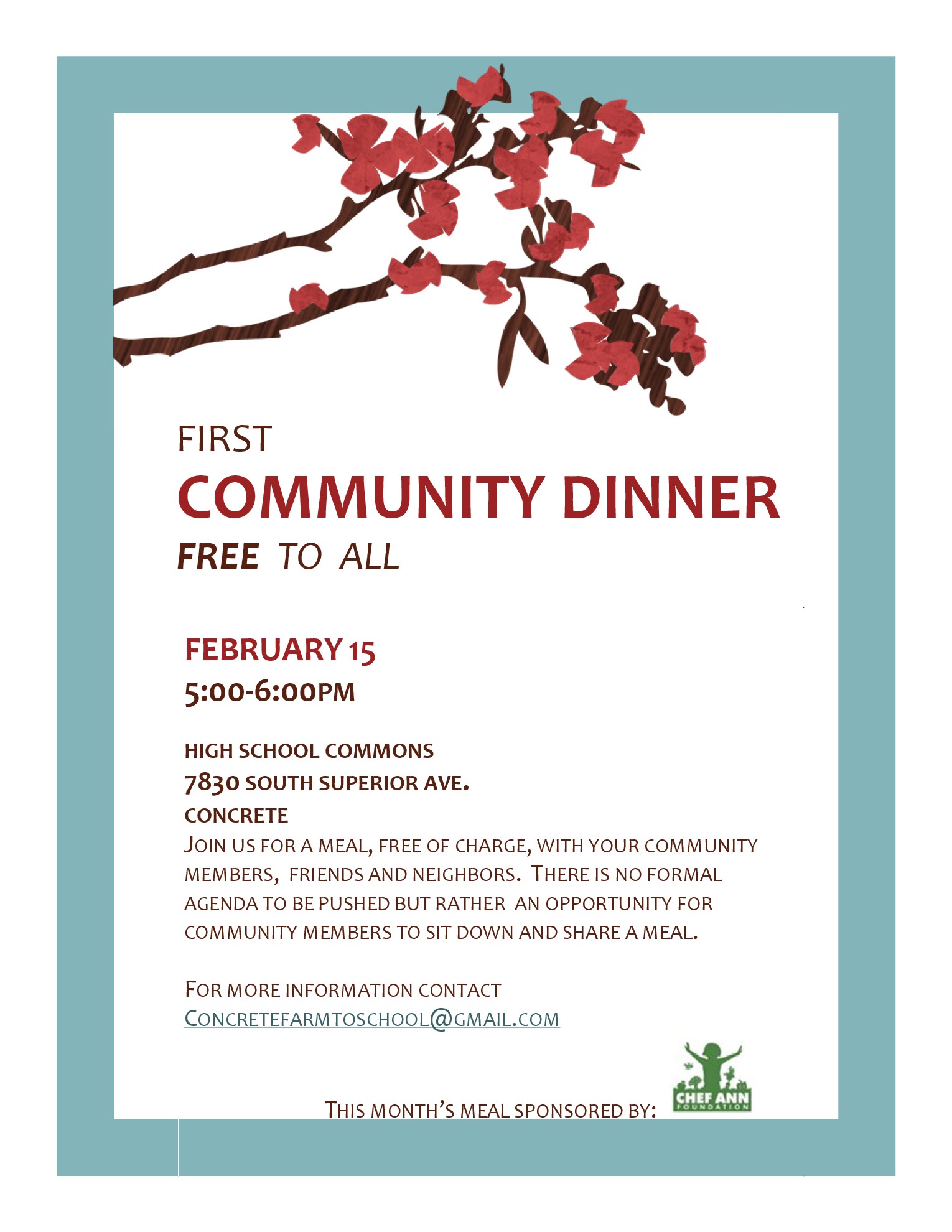 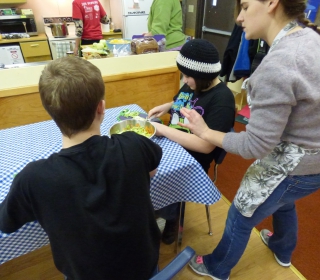 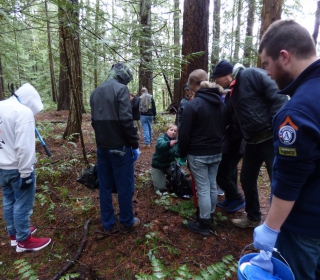 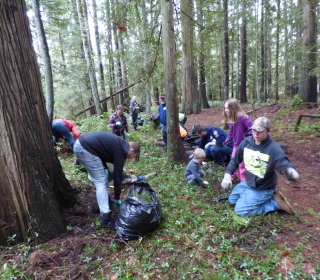 Students help pull invasive species from the trail behind the Elementary school. 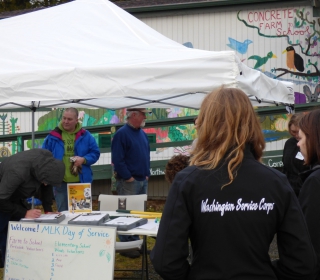 Volunteers sign in outside of the Farm to School portable on MLK Day.
123491011►